In a world of Agile working where the speed and quality of collaboration is vital, the need for teams to hack a failing workspace has become ever more acute.

“Necessity is the mother of invention”

Or so said the philosopher Plato in The Republic.  But this observation is proving apposite in the 21st century business of office design, too.

In fact, that’s exactly what the researchers at Steelcase found when they began to explore the potential design requirements for the furniture and layout of a truly Agile environment.

Large, open space offices, broken up by  ranks of cubicles, equipped with immovable furnishings and fringed with generic meeting rooms. These are the conditions that seem to face most collaborating teams, even if the organisations they’re working for have supposedly embraced the Agile philosophy.

The truth is most offices are designed to support rigid, hierarchical and linear approaches to work.  In these traditional settings teams are briefed on a project, then dispersed to deliver their part of it.  When the work is complete they hand it on to the next team in a chain, who do the same until the project is finished.

The promise of Agile

Agile is a much more responsive way of working and, therefore, more suited to an ever-changing commercial world of competing demands. In Agile, cross-functional teams meet first to define required tasks, then work face to face together as much as possible to deliver a project iteratively, responding to changing circumstances as they work.

The key features of this way of working include: regular planning sessions and daily ‘stand up’ meetings to discuss progress. There is constant inter-team feedback and review to aid a process of continuous improvement.

The agile working method acknowledges the speed with which demand and requirements can change; as well as the constant need for refinement and clarification in complex design and delivery processes.

But, as many businesses are discovering to their cost, a traditional office environment is often unequal to coping with this challenge.

What's the challenge of agile working in a traditional workspace?

How can teams work together immersively and creatively in inflexible office settings? How can they gather in different configurations when they are fixed all day in one arrangement of cubicles, desks and chairs?

How can different sizes of groups gather round tables to view plans, sketch alternatives, experiment with prototypes? Particularly when they’re using desks that are all of uniform size and shape?

How can they share digital content easily when they’re kitted out with cumbersome equipment can’t be easily moved around? How can they work free from distraction when they need to, but rapidly assemble with their colleagues to review the work they complete.

How can a space be hacked for the flow of the agile workplace - when their arrangement and utility is so rigid and unyielding?

The Steelcase research uncovered the highly inventive strategies which Agile teams deployed to make their spaces work for them:

In the Steelcase research, teams tasked with collaborating in different configurations and across disciplines often had to ‘rebuild’ their own working environment to accommodate this. One team took a door off its hinges to build a communal “table”, another had to source and install a sofa to create a space where the team could gather together more casually. The absence of an accessible power supply to charge laptops, phones and many devices was a constant challenge in these make-shift ‘working camps’. Teams strung extension cables across spaces and between desks - creating a spider’s web of power cords that made it difficult to move around (not to mention the H&S challenge it posed). 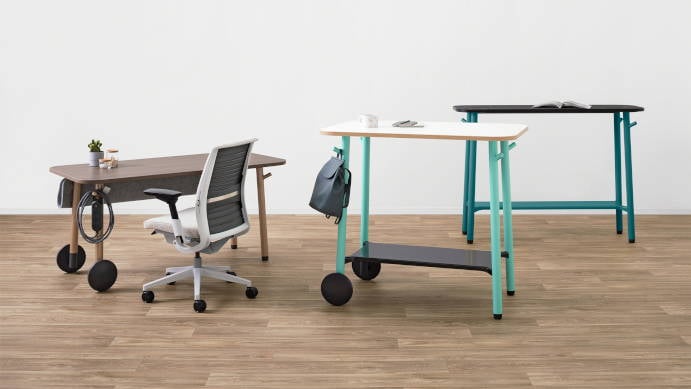 In large, open plan spaces which house many different workers, teams improvised barricades to claim their territory and keep out distractions. They moved display boards, wastebaskets — whatever came to hand — to create boundaries and delineate their space. Significantly, the teams reported finding noise from their own team valuable, but noise from other teams disruptive.

Sometimes humourous, sometimes satirical and sometimes serious, these signs articulated shared values, goals and aspirations - as well as particular frustrations with their surroundings.

The teams Steelcase researched were proactive and inventive; always trying to find novel ways to solve practical problems but also exert some kind of control over the environment they were expected to work in. 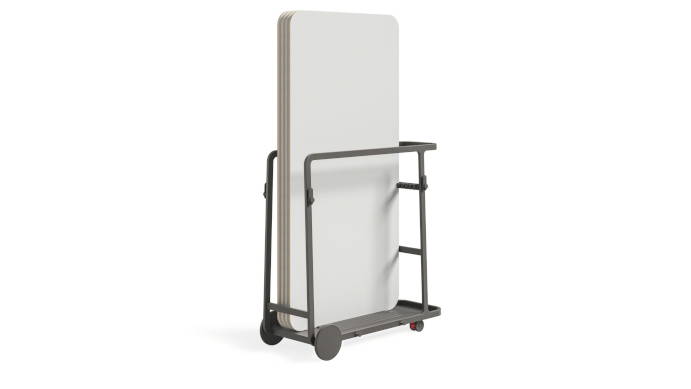 The teams Steelcase researchers looked at, often demonstrated workflows, captured ideas and shared information via sticky notes. Whiteboards, walls and even the ceiling was covered with them. Whiteboards littered hall ways and were lined up in meeting rooms. What started as a way to make ideas and tasks more visible, became a trail of scattered, disintegrating and confusing analogue information.

Even in hypercollaborative team environments, it seems people need the opportunity to escape or zone in on solo-tasks. In the typical open-plan office, the researchers found that people went to great lengths to personalize their space and control their individual privacy. They used random items like pizza boxes and plants to demarcate their territory, limit visual distractions or just ‘cut themselves off’ for a time. Large headphones and “quiet hours” signs also signalled their need to focus. 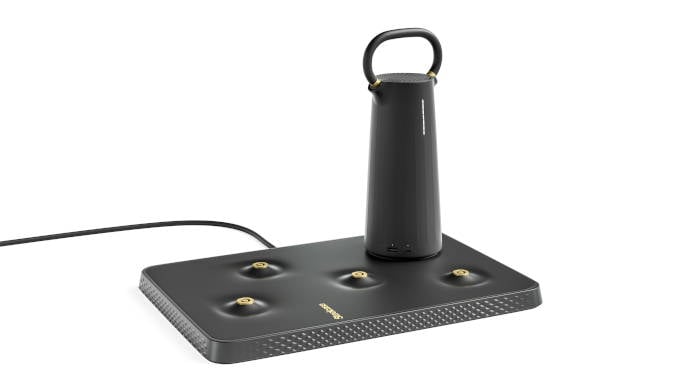 Power to the people: Steelcase's Flex collection offers clever charging options and cable storage for teams who need to be empowered whereever they are

Team members balanced laptops precariously at the edge of other people desks, in an effort to share ideas with others. They used selfie sticks to try and help remote teammates feel a part of a wider group in video conference calls. Unable to shift display boards everywhere or access large-scale screen technology, researchers found team members struggled to interact with certain content and eventually disengaged.

The power of agile

These extraordinary hacks demonstrate the level of engagement and invention that agile teams bring to the spaces they work in. Immersed in their projects and imbued with a sense of mission and purpose, they will do whatever it takes to get their job done in the most efficient way.

The question is, would we rather our teams were channelling their creative focus on hacking their spaces to find the right conditions for them, or focusing on the projects they are tasked to deliver? 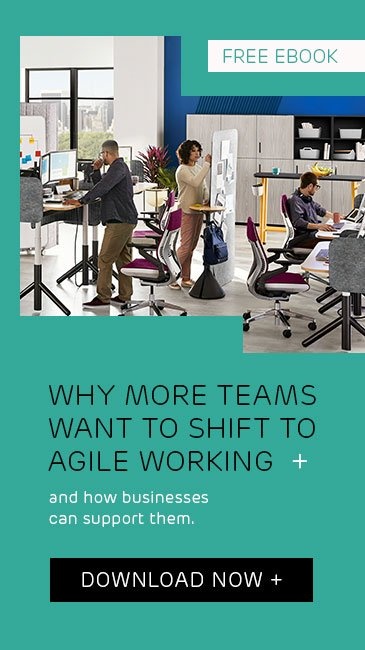 Pick of the pods: Choosing the right office pods for your workspace +

Go Beyond With Steelcase Karman +