For years, open-plan office spaces have been believed to facilitate better teamwork, collaboration and innovation. This philosophy is so ingrained that it’s become ubiquitous - 69% of offices have an open floor plan, according to Steelcase research.

But a study by Harvard Business School (HBS) has revealed why open workplaces often fail to foster the collaboration they’re designed for.

The research, led by HBS professor Ethan Bernstein, set out to understand what actually happens when employees move from cubicle spaces to open spaces. It followed two Fortune 500 companies as they made this move.

Hoping to see an increase in collaboration, what these companies actually experienced was a 70% drop in face-to-face interactions, and an increase in email and messaging by 50%.

As Bernstein explains in an interview for HBR IdeaCast:

“Good or bad, it was an unintended consequence of the move and was certainly not what had been billed to them in terms of what open spaces would create – the vibrancy, the nature of interaction, the collisions that people would have within the open space.”

So why does stripping away the cubicle walls to create an open and transparent space not facilitate a more collaborative culture?

Is it a human thing?

After checking the data and cutting it in every which way to see if they’d made a mistake in the way they’d compared it, Bernstein concluded that the shift in behaviour came down to how workers adapted to the new office space.

“The anatomy, the actual interactions that human beings decided to have or not to have in certain parts of that space didn’t go the way they expected the architecture to push it, which is in some respects a nice finding about humanity. We’re not controlled by the spaces we work in.”

“But it also reminds us that because of that, we react to the spaces we work in, in ways that might not have been intended by the designers.”

When people are used to working in a cubicle where they’re protected from distractions and have privacy to get their work done, and then find themselves in an open and observable space, new behaviours emerge.

And these behaviours are at odds with what designers’ expect and business managers’ desire.

“There are ways that we can achieve the same function that those previous walls provided. And we just do so unfortunately at the cost of what the company’s trying to make us do - collaborate.”

Workers create these “fourth walls”, and they spread quickly, especially in open spaces because everyone can see each other.

So while the design of the workspace can influence workers’ behaviour, it will always be the workers who decide when and how to interact.

Are flexible office spaces the answer?

It’s not the open space itself that is at fault, but what we do with it and how we choose to fill it that is causing the problem.

For Bernstein, flexible spaces offer the best of both worlds. A hybrid office space that supports the changing activity and behaviours that it is required to host means people can choose where they want to work at any given time; the space that best fits their needs.

When seeking privacy and quiet, instead of putting headphones in and staring intently to signal to colleagues they don’t want to be disturbed, workers can retreat from the group into enclosed spaces to absorb information and process their own ideas.

When needing to work as a team, they can use spaces that allow people to sit, stand, draw on boards, move materials and objects. 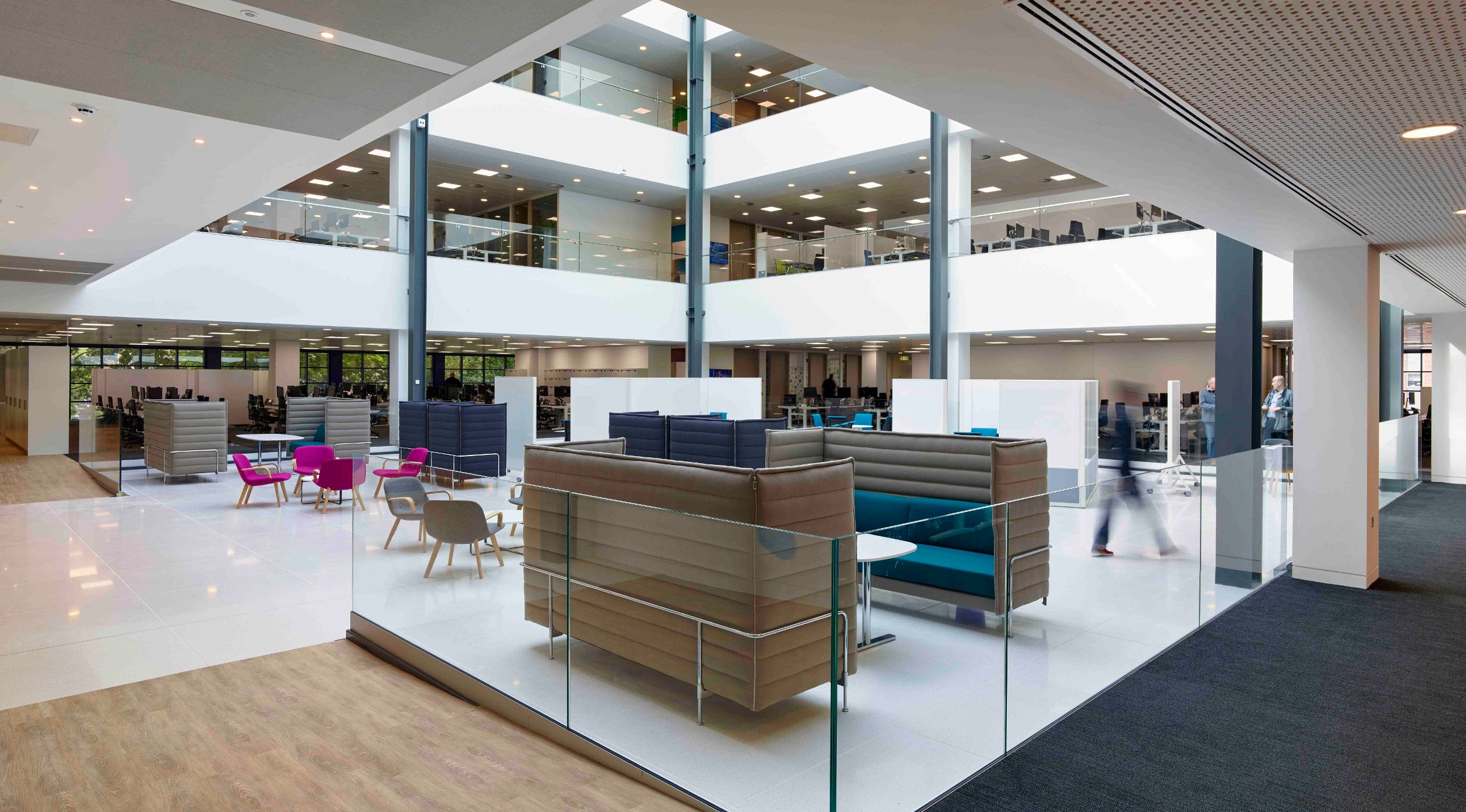 How do we create spaces where people want to be?

According to Bernstein, the best way to find the optimal workplace design for particular groups is to run real experiments.

“You have to take a design thinking approach. The only way to get there is to experiment lots and lots of smaller, less expensive, more flexible experiments, hopefully not conducted from the top down, but even across the employees that you want to be more innovative and collaborative. Let them see the results that get collected, and ultimately improve and change, little by little, the office space together.”

These experiments need to be run by the people working in the space, not the managers.

But start small. Optimising collaboration doesn’t have to mean a radical overhaul of the office space. Small tweaks can make a big difference, even just moving desks or other furniture around.

And sometimes the best answer doesn’t involve changes to the physical structure. Bernstein and co-author Ben Waber shared examples in their recent article "The Truth About Open Offices":

“To help integrate new hires during their first week on the job, a midsize technology company puts jars of cookies on their desks and posts a map in the lobby showing the jars’ locations, to encourage people to stop by.”

“Humanyze discovered that the location of its coffee machines significantly influences interactions. If a team needs to focus internally, the company puts a coffee machine in the center of its area. If two teams need to collaborate, it puts the machine between them.” 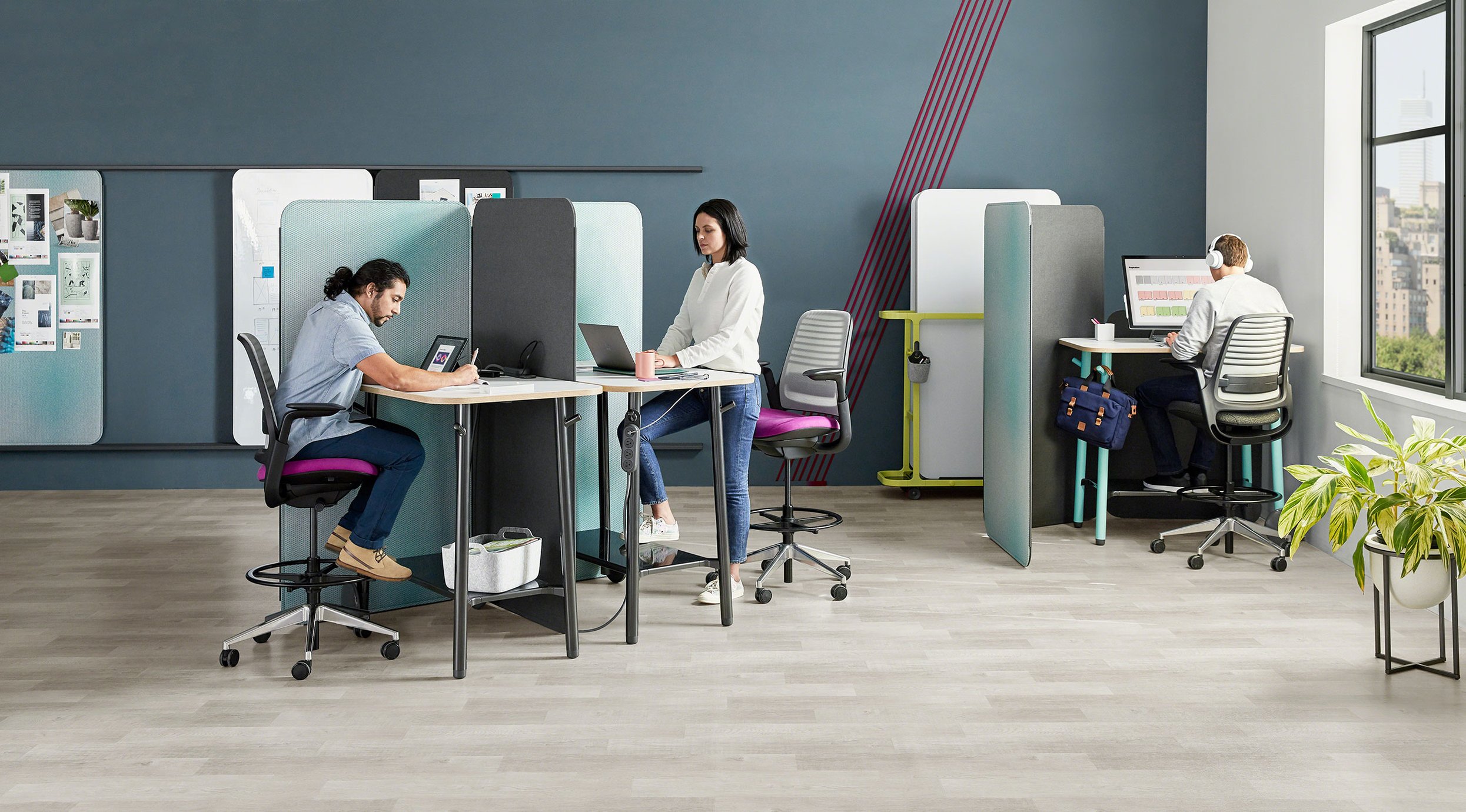 Flexible spaces allow people to choose where they want to work based on what they need to get the job done, whether it’s privacy and quiet, or interaction and vibrancy.

But what we really need to do is create spaces where people want to work. This means getting workers involved in testing out new flexible arrangements and evaluating the impact. 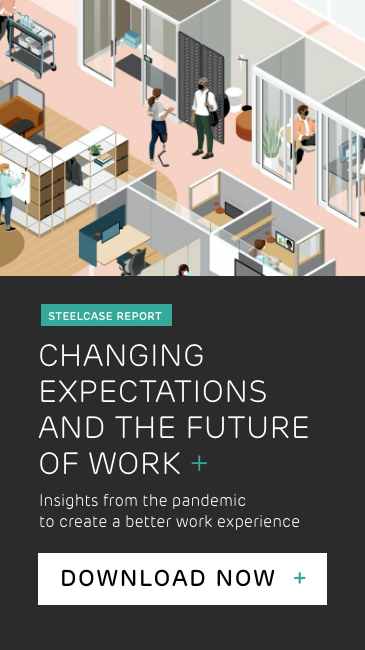 SILQ: An innovation in seating design - Now available in EMEA +