Seeing right through you; radical transparency in workplace design

Radical transparency is a challenging proposition for any business, it can demand wholesale cultural change within a company and even a whole new approach to workspace design.

What is radical transparency?

The idea of radical transparency started to gain traction in the 1990s when Ray Dalio, owner of the world’s largest Hedge Fund company Bridgewater Associates began to practice the unorthodox leadership style that would later become the subject of his book ‘Principles’.

At the core of radical transparency is the belief that corporate entities should be unflinchingly honest and open about their operations, their successes and their failures in order to continually improve their commercial performance and guard against complacency or collapse.

This honesty and openness should extend to employees’ dealings with each other, their customers and the public at large. Internally and externally it can mean the sharing and publication of once sensitive financial data, complete ‘open-door’ management policies and a culture of group reflection and decision making.

All this can have profound implications for the way workplaces are designed and used.

At the Bridgewater HQ meeting rooms are fitted out with tech to film and record proceedings for live or future viewing by anyone within the business.

Whilst meetings are in progress, associates can vote on iPads in real time, assessing their colleagues on their attitude, behaviour and openness to others.  All the votes and opinions are recorded, but get weighted in terms of ‘believability. 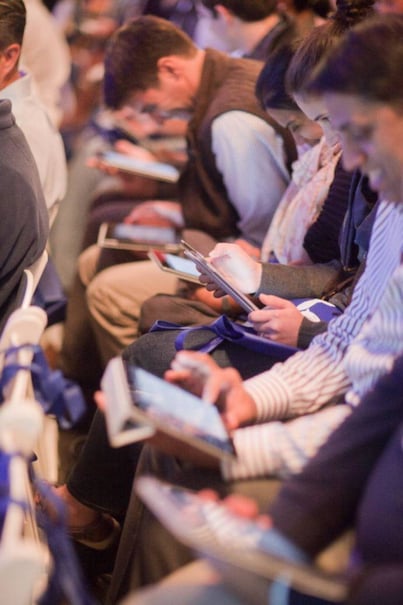 Thus, employees and employers live in a constant loop of feedback as they work.

At the same time management has a means of impartially analysing performance while making critical staffing and other business decisions.

There are many horror stories about the pressure this kind of practice can bring to bear on individuals and the potential for bullying cultures to develop from the unstinting dedication to the speaking of minds. There are also ideas such as publishing salary details of every employee that some feel are powerful incentives to improve performance, which others regard as a gross invasion of privacy.

But radical transparency has seen some interpretations that are more benign and sensitive to employee wellbeing than Bridgewater allows for.

Indeed, its influence is still growing with companies like Fitbit, Netflix and Patgonia self-declaring as ‘radically transparent’ - without the attendant accusations of toxicity.

Many leaders who adopted the philosophy of radical transparency had lived through the uncertainty of the financial crash and wanted to find ways of ensuring there were safeguards against catastrophe built into the way they worked and the fabric of the offices. Meetings going on behind closed doors carried the scent of intrigue and trouble.

The kind of offices these leaders favoured were consciously designed to make the inner workings of the business less shrouded in mystery - to give confidence to employers that everyone was working towards the same goals, and that their voices would be heard. 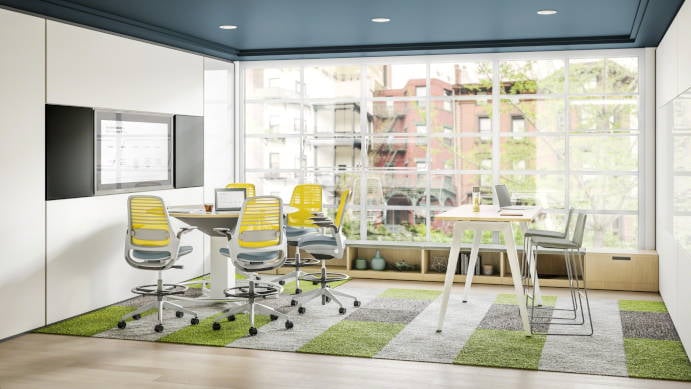 Town halls, open spaces and the death of the private office

These impulses found expression in the familiar tropes of open plan offices (with the C-Suite on the same floor as their workers), glass-walled meeting rooms and weekly ‘town halls’ in shared spaces where once highly privileged commercial information is now routinely shared.

The openness and ability to encounter and question senior management about decisions, policies and working practice was one way of ensuring probity and accountability on an everyday basis.

The creative business UKTV has been working in a 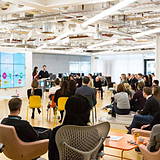 radically transparent way in their workspace in London for nearly 10 years.  When they moved to a new HQ, management ditched individual offices in favour of open, nomadic workspaces, which placed the most senior individuals among them.  As their CEO explained in an interview in 2016:

“Offices created a barrier for people to talk to each other. They hindered openness, transparency and engagement” 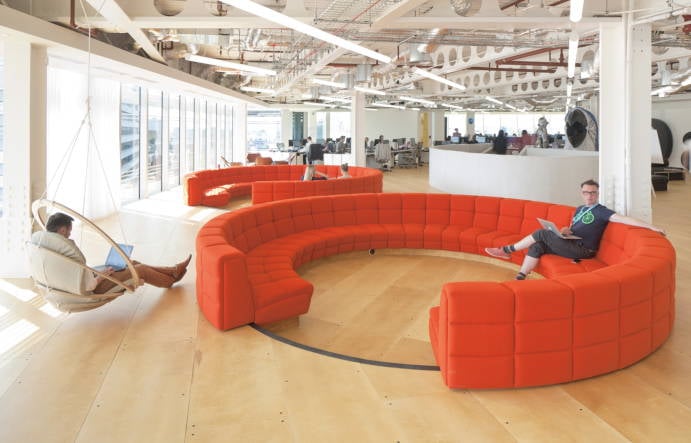 Inside the UKTV HQ

At the same, workers have been given opportunities to feedback and ask questions in public and open forums without fear or favour - in surprisingly analogue ways.

“A black box with a white question mark on it is attached to one of the walls. Anyone who wants to put an anonymous question to the leadership team can write it on a piece of paper and place it in the box. During the weekly town hall meeting, the CEO opens up the box, reads any questions out loud and then answers them instantly.”

Be seen and heard

Frequent and often large-scale meetings, where authentic and meaningful discussions can take place are a particular and required feature of the radically transparent workplace.

Companies designing spaces to support these kind of working cultures, need to ensure they have the technology to bring scattered workers together both virtually and in large physical gatherings. At the same time, rooms where group debate and feedback sessions are going to be regularly hosted must be comfortable for everyone and acoustically up to the job. 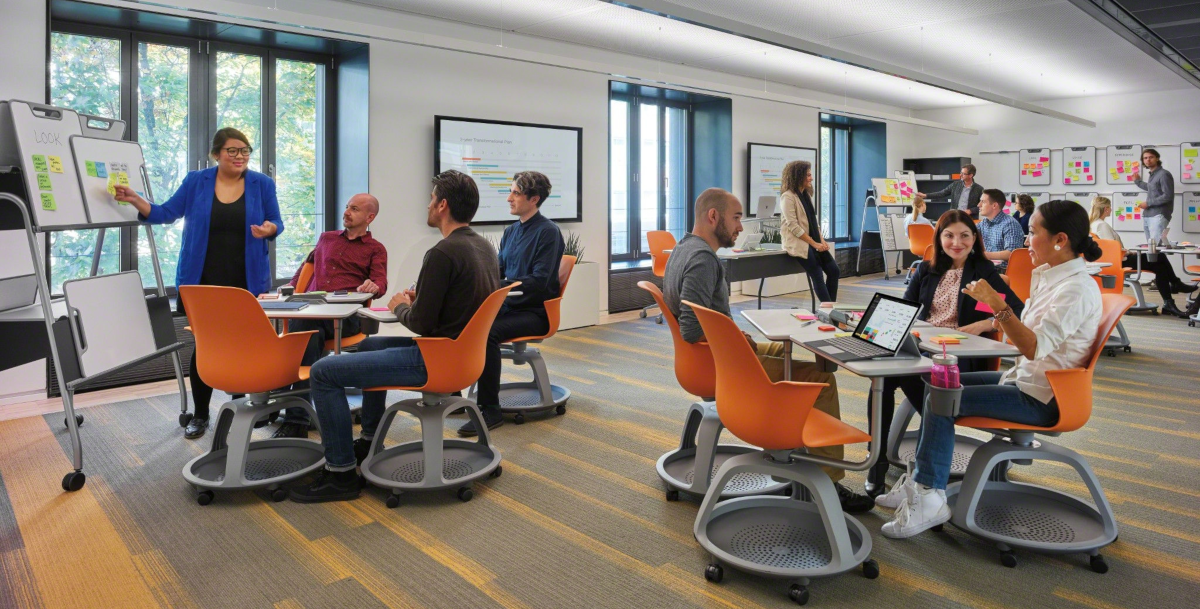 A culture of transparency

Ray Dalio's ideas were shocking and unsettling for many when they first emerged but they chimed with some of the major trends in the business world.

Many industries, including financial services, were being terminally disrupted and needed equally disruptive business management strategies to face the future effectively and survive.

What was once seen as an extreme interpretation of notions of business transparency, such as openly sharing company data and encouraging ongoing feedback across all functions in a business, have been adopted as mainstream practice - and this trend is only likely to increase.  Particularly, as the research shows that employees are increasingly in favour of these policies.

But companies building these practices into their cultural fabric (and even making them an integral part of their employer branding) should consider how their physical environments demonstrate and support their commitment to the openness and transparency they espouse. 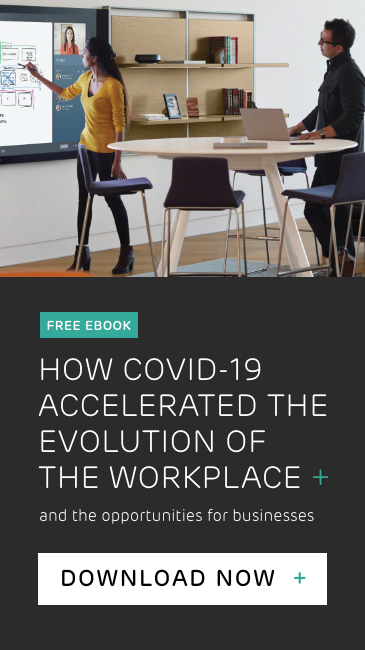 Beyond the treadmill desk - the future of workplace wellbeing +